What do I mean by this? Reconciliation is a process that makes us whole. It restores us. Reconciliation heals. Without reconciliation, it is not possible for us to move forward in a way that serves our best interests. We move forward, but we will continue to run into a wall if we have not been reconciled, one with another, and sometimes within ourselves.

I assert here that our inability to be reconciled with another person reflects our inability to confront ourselves. You see, reconciliation begins with an acceptance that we have done wrong. It involves a long, hard look at ourselves. It requires honesty. I don’t refer here to a casual and cavalier ‘if-I-have-offended-you’ posture. No, friends, it’s a wholehearted, sincere, pure acceptance that I was wrong, or I have wronged another and for that I am sorry. In order for us to get to that stage of honesty with ourselves, we have to be emotionally and even spiritually mature. We have to look our imperfections in the eye, own them so that they can be addressed, and then we grow into readiness for reconciliation.

Consider the parable of the Prodigal Son in the gospel of Luke. This younger son erred when he allowed his greed and impatience, maybe even his curiosity to get the better of him. He demanded that he be given his inheritance. Maybe he was curious about the world. Maybe he was naïve. What is certain is that his thirst for the world drove him away from his father, from his brother, even drove him away from himself. For a while, his greed satisfied him and so, he was living the life. However, there came a time when that greed no longer satisfied. It was at that point that he accepted just how hollow and empty he was. It was at this point that he confronted himself. He saw that he had been foolish, that he had erred.

Driven to humility, he accepted his imperfection and resolved that he must return home, confess his sin in order to be reconciled to his father. Had he returned home simply out of greed – to have his hunger and physical needs satisfied – he would not have been reconciled to his father. Had he chosen to return to his father only in the interest of serving his selfish needs, he could not be meaningfully reunited with his father. My friends, this prodigal son, returned home when he accepted that he had sinned, as my Roman Catholic brothers and sisters pray, ‘through [his] fault, through [his] fault, through [his] most grievous fault’. At that point, he had grown into emotional and spiritual maturity such that he longed for restoration and was prepared to do what was required to achieve it. He returned, not to look good, not because he had been told to. No, he returned to his father because he had repented.

Let’s discuss repentance for a moment. What is repentance? Repentance is a three-step process:

I wrap up by putting these questions to you:

Of course, all of the above is premised on the assumption that you even want to be reconciled and that’s a conversation that I won’t undertake at this time. Know this, though, if you choose not to be reconciled, you are choosing to deny yourself healing. And, without healing, you limit your human effectiveness at work and, in so doing, you frustrate your purpose. 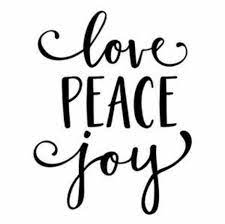 #bethelight, #commitment, #healing, #renewal, Fulfilment, Self-actualisation
#commitment, #faith, journey
← Pilgrims on a Journey
→ Who can? He can